Francine Prose is the author of twenty-one works of fiction including, the highly acclaimed Mister Monkey; the New York Times bestseller Lovers at the Chameleon Club, Paris 1932; A Changed Man, which won the Dayton Literary Peace Prize; and Blue Angel, which was a finalist for the National Book Award. Her works of nonfiction include the highly praised Anne Frank: The Book, The Life, The Afterlife, and the New York Times bestseller Reading Like a Writer, which has become a classic. The recipient of numerous grants and honors, including a Guggenheim and a Fulbright, a Director’s Fellow at the Center for Scholars and Writers at the New York Public Library, Prose is a former president of PEN American Center, and a member of the American Academy of Arts and Letters and the American Academy of Arts and Sciences. She is a Distinguished Writer in Residence at Bard College.  She is also author of the forthcoming biography, Cleopatra: Her History, Her Myth (Yale, November 2022).

Ms. Prose will appear twice at this year’s Saratoga Book Festival: a session about her latest novel, The Vixen, and another, about her Cleopatra: Her History, Her Myth (which is part of the Ancient Lives series.) 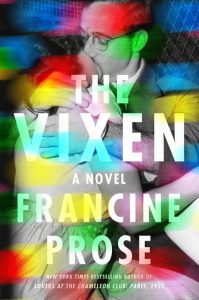 The Vixen: A Novel

Named one of the best books of 2021 by NPR, The Washington Post, and Financial Times

“No one states problems more correctly, more astutely, more amusingly and more uncomfortably than Francine Prose . . . Her insights, the subtle ones and the two-by-fours, make me shake my head in despair, in surprise, in heartfelt agreement. The gift of her work to a reader is to create for us what she creates for her protagonist: the subtle unfolding, the moment-by-moment process of discovery as we read and change, from not knowing and even not wanting to know or care, to seeing what we had not seen and finding our way to the light of the ending.” — New York Times Book Review

"Depending on the light, it’s either a very funny serious story or a very serious funny story. But no matter how you turn it, The Vixen offers an illuminating reflection on the slippery nature of truth in America, then and now." — Washington Post 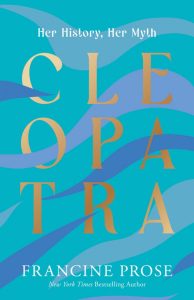 “A thoughtful, sympathetic portrait of a legendary historical figure.”—Kirkus Reviews