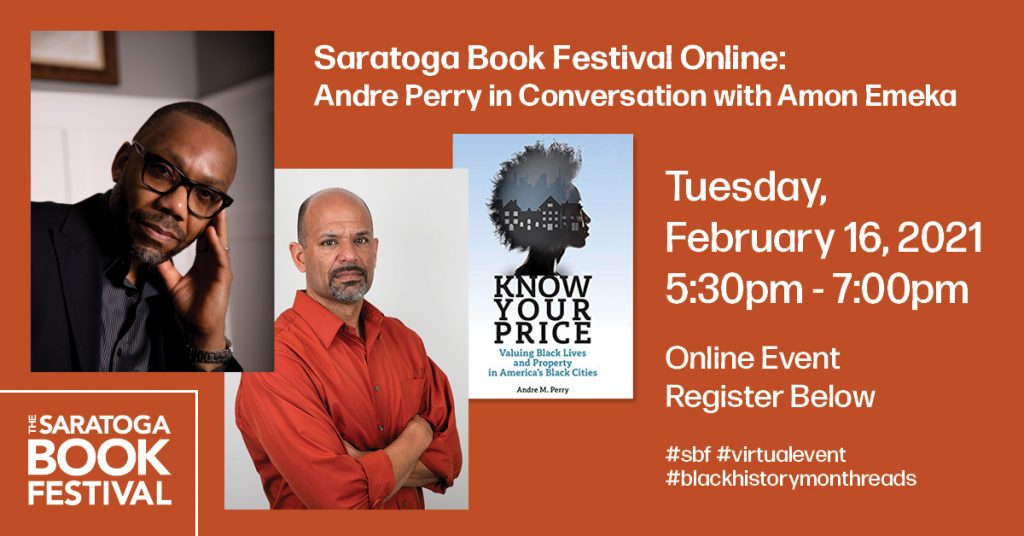 Dr. Andre M. Perry is a Fellow in the Metropolitan Policy Program at the Brookings Institution. His research focuses on race and structural inequality, education, and economic inclusion. Perry has written on urban development and education for The New York Times, The Washington Post, The Nation, and in his weekly column for The Hechinger Report.

Amon Emeka joined the Skidmore College in the Fall of 2013 after having spent the previous several years on the faculty at the University of Southern California in Los Angeles. He received his Ph.D. in Sociology from the University of Washington in 2004. His dissertation “New Blacks, New Whites, and the New Day” traced patterns of intergenerational mobility and stagnation among immigrants from the Caribbean and Europe and their U.S. born children. Since then he has lead courses and sociological studies on a variety of topics relating to demography, immigrant adaptation, and racial inequality. His research and writings have been published in scholarly journals such as International Migration Review, Social Science History, and Social Science Research and cited in popular media outlets including the New York Times. Professor Emeka teaches courses on Immigrant Adaptation, Racial Inequality, Demography, and Statistical Techniques for Social Scientists, and his latest research focusses on the experiences and achievements of African immigrants to the U.S. since 1965.

Saratoga Book Festival, Saratoga Springs Public Library, and Skidmore College are pleased to present this SaratogaREADS! an event featuring Dr. Andre M. Perry, Senior Fellow in the Metropolitan Policy Program at the Brookings Institution, and author of Know Your Price: Valuing Black Lives and Property in America’s Black Cities, in conversation with Dr. Amon Emeka, Associate Professor of Sociology and Director of the First-Year Experience at Skidmore College.